I turned the wind-tunnel on its side and hung the plate vertically as shown in the photograph. 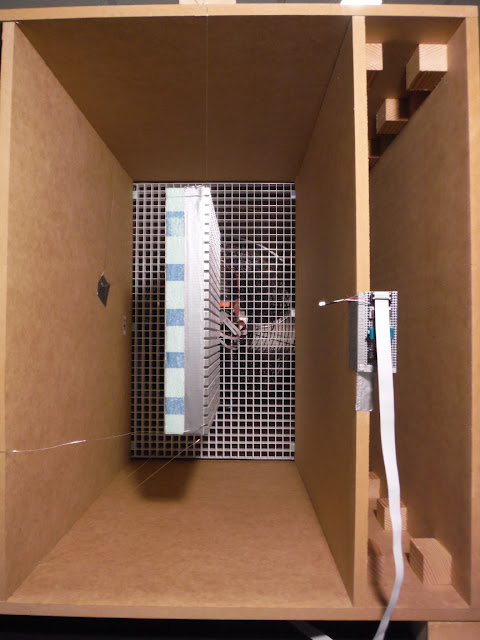 These graphs show that my mixed convection model is successful from natural through forced convection for horizontal and vertical rough plates with forced flow perpendicular to the natural flow.  The leftmost red dot in each graph is the natural convection (Re=0) for that orientation; it is placed at Re=1000 so that it can appear on the graph. 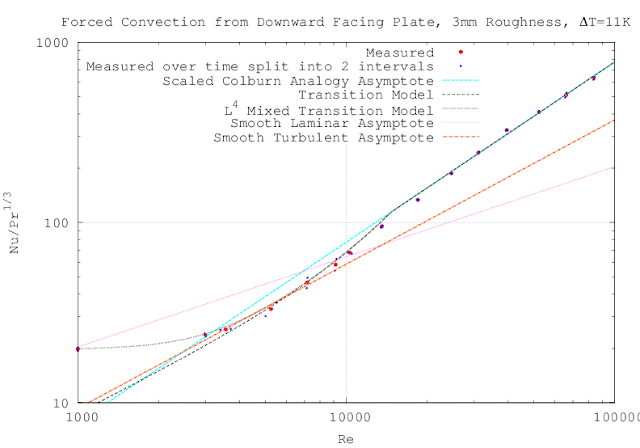 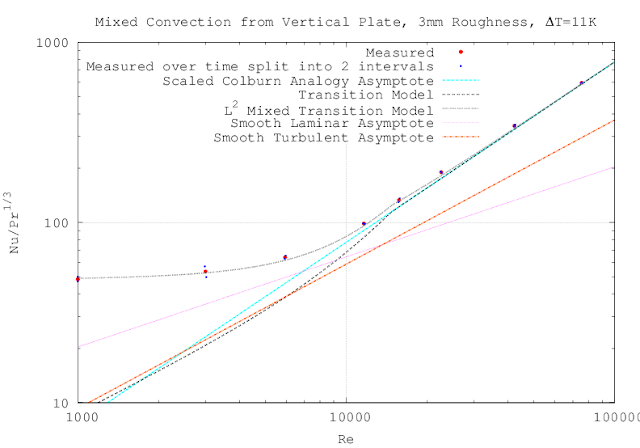 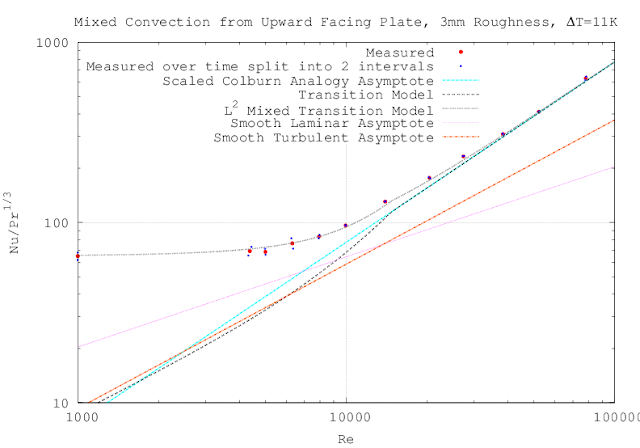 The L4-norm for downward convection indicates that the interaction between the downward mode and forced convection is more competitive than the fairly cooperative L2-norm of the vertical and upward modes.

I have started writing a paper titled "Mixed Convection from a Rough Plate".  Which journal should I submit it to?

Posted by Aubrey Jaffer at 9:52 PM No comments: 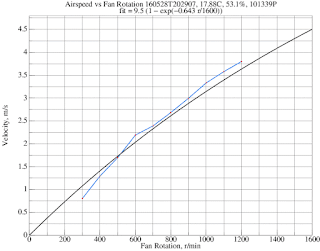 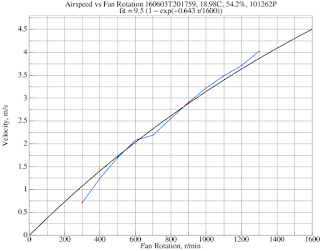 Posted by Aubrey Jaffer at 7:16 PM No comments: