When I replaced the plate insulation, I covered the back surface (but not the sides) with aluminum foil.  An isothermal surface, I put a temperature sensor at the center of the back foil and added modeling for this back surface to the simulation, which is described in Measurements of Convection From a Rectangular Plate

After calibrating the fan speed in the wind-tunnel, the next task was to model the forced convective component of the heat transfer from the parts of the heated plate other than the surface under test: the back and sides.  The isothermal back can be modeled using the standard formula in series with the block of insulation.  Unlike natural convection, forced convection can be modeled for non-isothermal surfaces by integrating the local convection in the direction of the fluid flow.  There are three calculations for the four sides: the sides whose long dimensions are parallel to the flow, the side facing into the flow, and the side facing away from the flow.

For the sides parallel to the flow, the local convective surface conductance in series with the local insulation conductance is integrated in the direction of the flow.

For the side facing away from the flow, the average fluid velocity along the long center-line is also zero.  I integrate from the long edges to the center-line, but only the turbulent component (the chart below shows the difference from windward is insignificant).

4 m/s simulations with the new model were predicting way too much convection when compared with measurements.  After checking all the calculations, it was clear that something basic was wrong.  The formula which the apparatus was built to test is the Scaled Colburn Analogy.  Originally (it has been updated) it was scaling only the characteristic length in the Colburn Analogy. Scaling both the characteristic length and mean-height-of-roughness yields this: 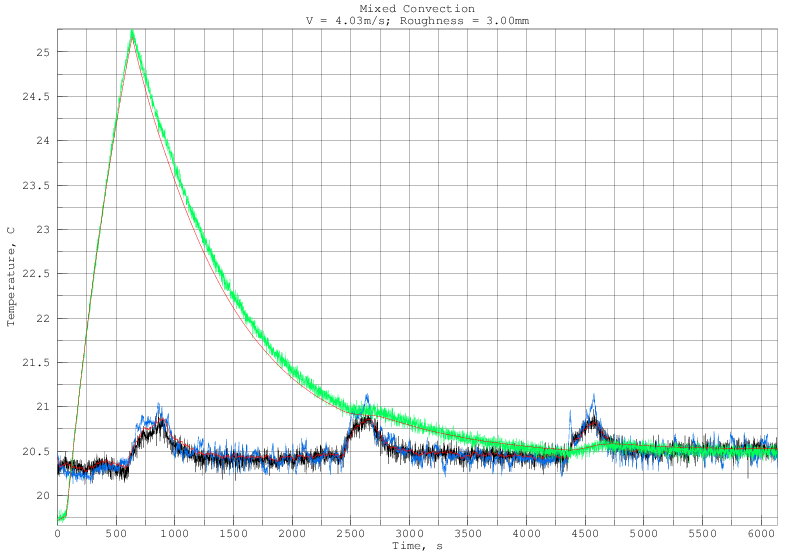 To have such close match before tweaking is exciting!  A run at 3 m/s also shows excellent match: 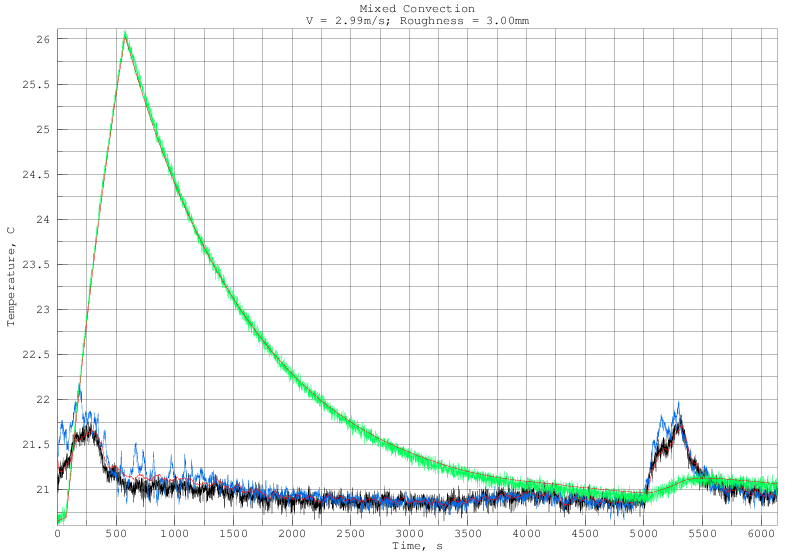 Does the model work for natural convection? 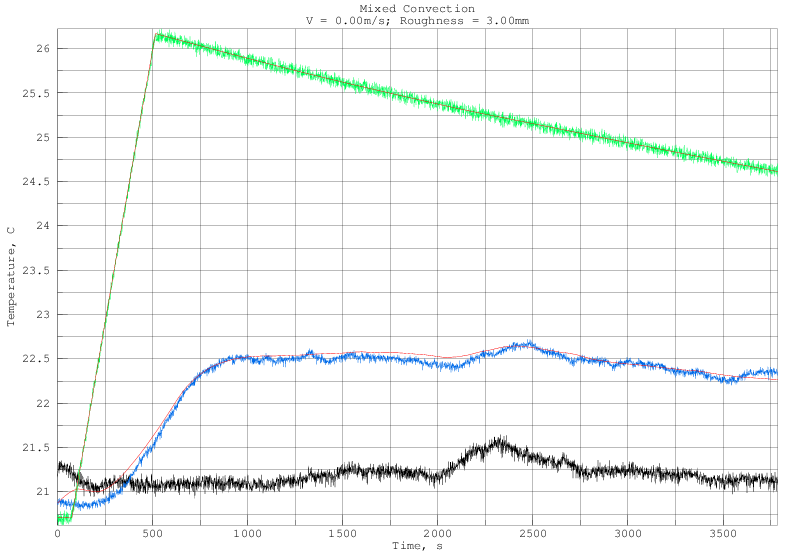 This match was unexpected because I didn't have a natural convection model for the four sides.  But this match leads to an explanation: the air heated by the downward-facing plate rises past the four sides, so there is little temperature difference through the sides to drive additional convection.

This natural convection match is perhaps too good.  The measurements were taken in the wind tunnel whose top panel will somewhat impede the ascent of the heated air.  The missing difference could be because the simulation has the thermal radiation from the sides cooling the plate, but most of that radiation would be due to heat rising from the (bottom) test surface.
Posted by Aubrey Jaffer at 8:27 PM No comments: