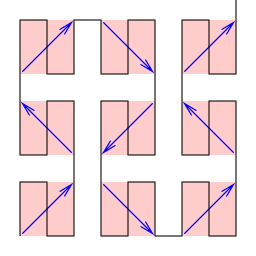 If the unit cell is a Hamiltonian Path, the resulting function is a space-filling curve. Functions resulting from unit cells which don't connect all their nodes are still self-similar (fractal). 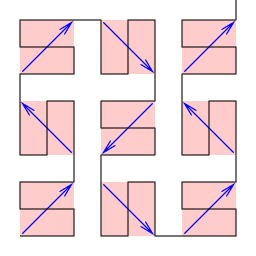 Once the formula was discovered, creating a better space-filling curve, one which is nearly isotropic, is not difficult. This may not be novel in 2 dimensions, but the higher dimensional varieties are.
Posted by Aubrey Jaffer at 11:03 PM No comments: