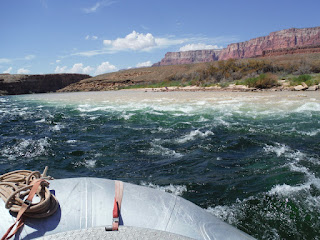 Roberta and I recently returned from a fantastic Grand Canyon Expeditions 8-Day Motorized Trip down the Colorado River through the Grand Canyon.  The Geology is fascinating and quite unlike the glacier-scoured granite mountains in New Hampshire with which I am familiar. 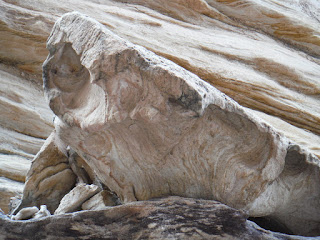 The "Big Dune" sand bar at mile 119 where we camped is backed by Tapeats Sandstone carved into flowing forms. 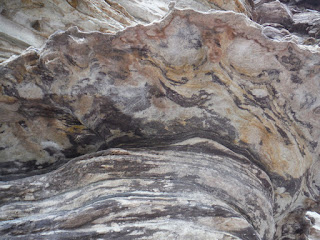 Sandstone is obviously deposited in layers.  Is this process observable at human time scales; or would one need to spend years at the bottom of a shallow sea?

The sand banks on which we camped were deposited by varying water flows in the Colorado river.  The Glen Canyon Dam having reduced the Colorado's flow and variations, in 2013 the flow was increased fourfold for 6 days in an effort to replenish the sandbanks which have been diminishing. 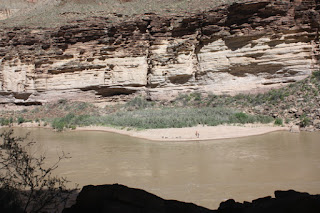 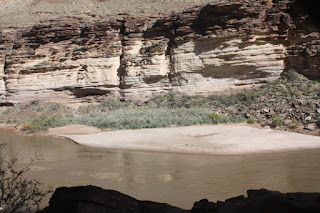 These photos from the USGS show the Big Dune sandbar before and after the flood.  Sand was deposited.  While walking along a small vertical face in the sand bar, I noticed horizontal striations.  So the sandbar is deposited in layers.

This photo and the detail below show the striations and their resemblance to the sandstone layers. 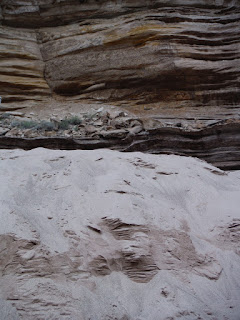 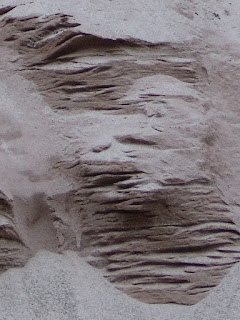 This would have merely been an amusing coincidence had not our next camp site, "OC's" at mile 137, had an even finer example of sand layering.  Not only does the sandstone face show both highly parallel layers and more fluid flows, the sand displays them as well. 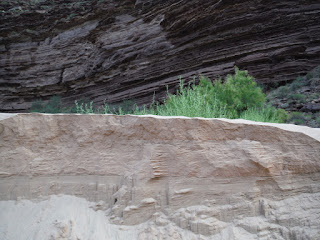 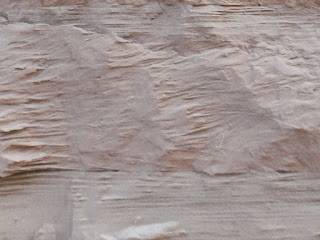 Names and mileages from: