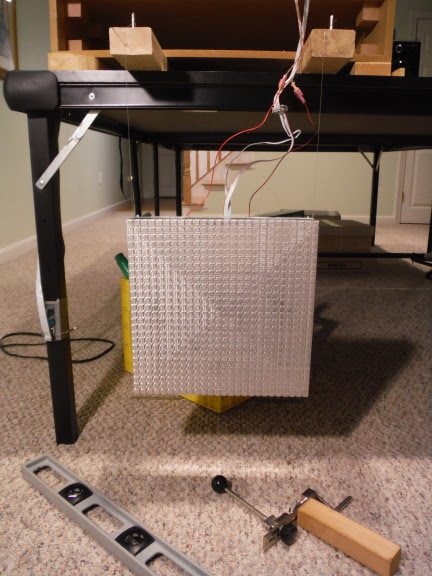 Unexpected results for downward convection at small-angles raised the question of whether vertical natural convection is the same for rough and smooth plates. This photo shows the plate suspended vertically by steel wire from the two boards above. The ambient temperature sensor is taped to the table leg. I measured the natural convection over three temperature ranges as was done in the other natural convection runs.
If there is less convection than expected, then it could be due to heat from one side reducing the convection of a side above it, as happens in the upward facing case.
But slightly more convection than expected was measured. As the plate is no longer in the wind tunnel, modeling the emissivity of the room as 0.9 (versus 0.8 for the wind tunnel) brings the simulation into reasonable agreement with measurement. It thus appears that, at least for laminar flows from rectangular plates, natural convection from a rough surface has the same magnitude as convection from a smooth surface.
The graph below is linked to a pdf of the measurements and simulations of natural convection in level and vertical orientations. 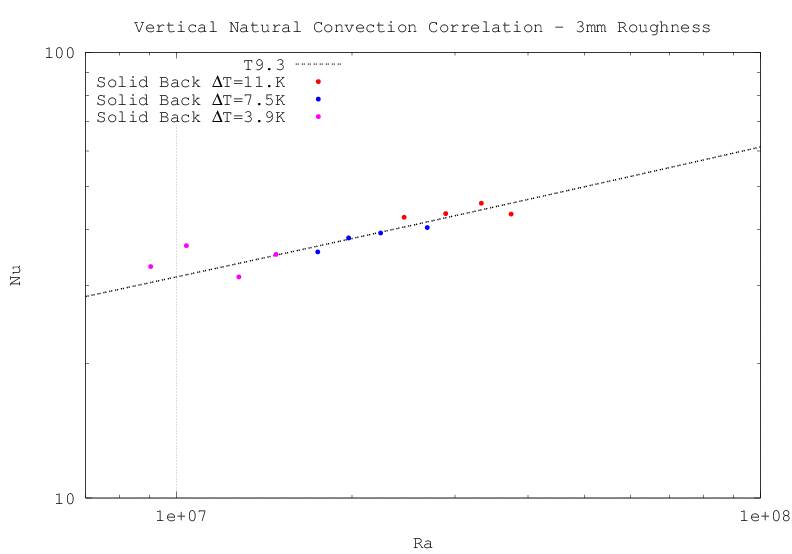 Posted by Aubrey Jaffer at 10:03 PM No comments: 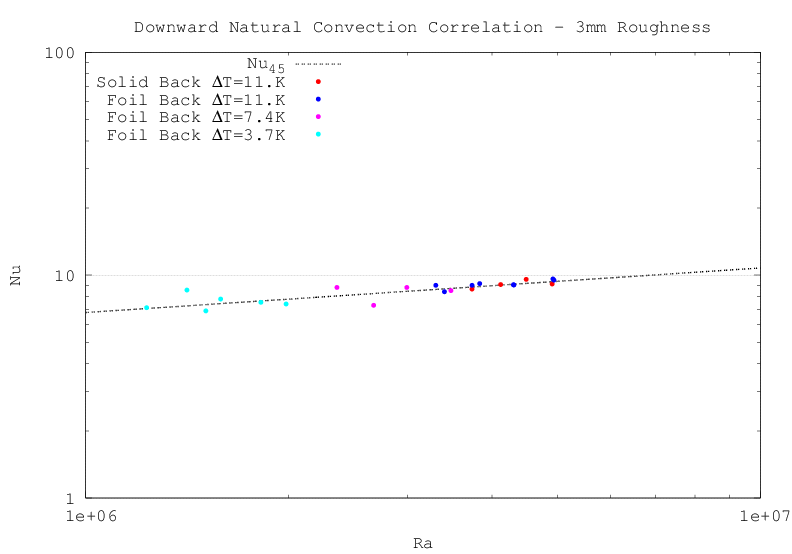 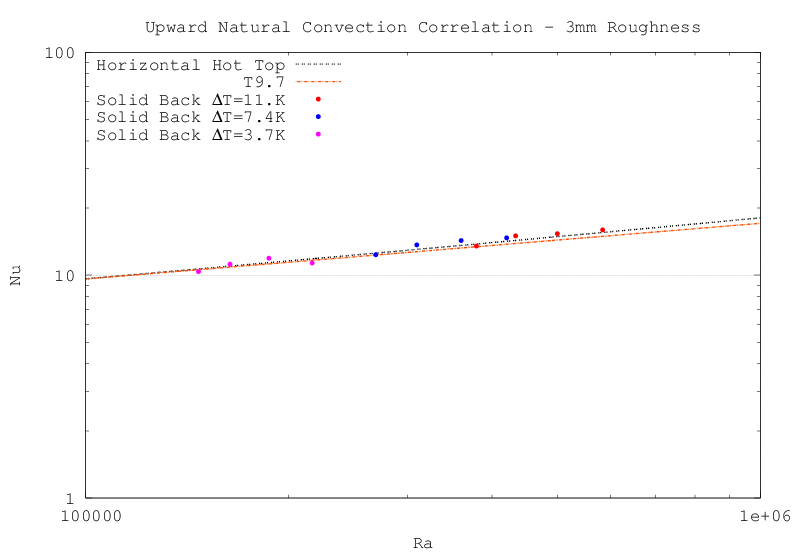 The unexpectedly close match above lends support to the idea that air heated by the sides is drawn over the upper surface of the plate, reducing the effective temperature difference between the plate and air, and can be modeled as a reduction of upward convection by an amount proportional to the side convection.
Now that I have convection measurements at low fan speeds which are comparable in magnitude to natural convection, the next step is to evaluate mixed convection (with the rough surface facing upward).
Just as there was no guarantee of a workable model for the interaction of the sides with the top in still air, there is no guarantee of a model of that interaction in forced air. Needed is a generalization matches the model developed for V=0 and matches the forced correlation as V grows.
The graph below shows the correlation I have arrived at for upward convection (see simulations). It assumes that mixed convection for the four short sides is the L4-norm of the natural and forced convections and that 77% of only the natural component of the back and sides is absorbed by the convection of the (upward-facing) rough surface. 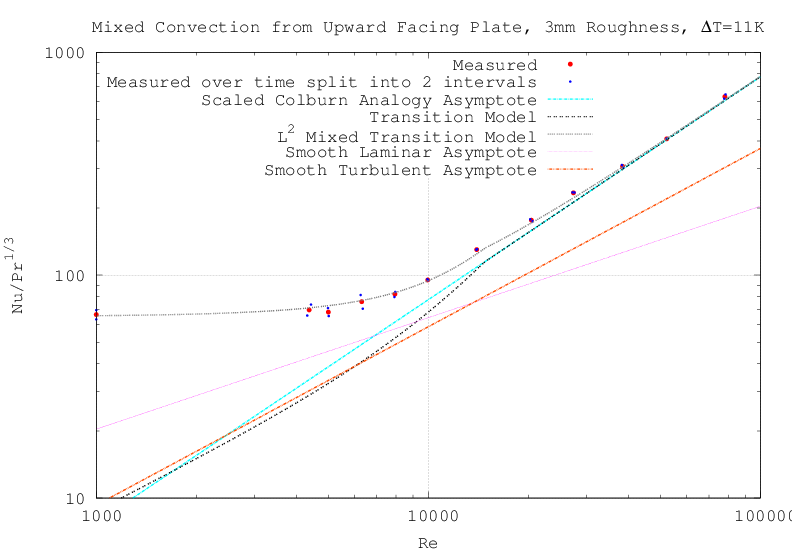 If the L4-norm mixing for the short sides is instead L2, the increase in natural convection from the sides reduces the top surface convection, spoiling the upward-convection match with L2-norm (gray dashed line) and other L-norm exponents (best is about L2.3).
Here are the calculated values of convection from all six sides of the plate at windspeeds from 0 to 4 m/s and ΔT=11K:
I had expected L4-norm mixing for upward convection. So these results will require modifications to my theory of mixed convection.
Posted by Aubrey Jaffer at 10:32 PM No comments: