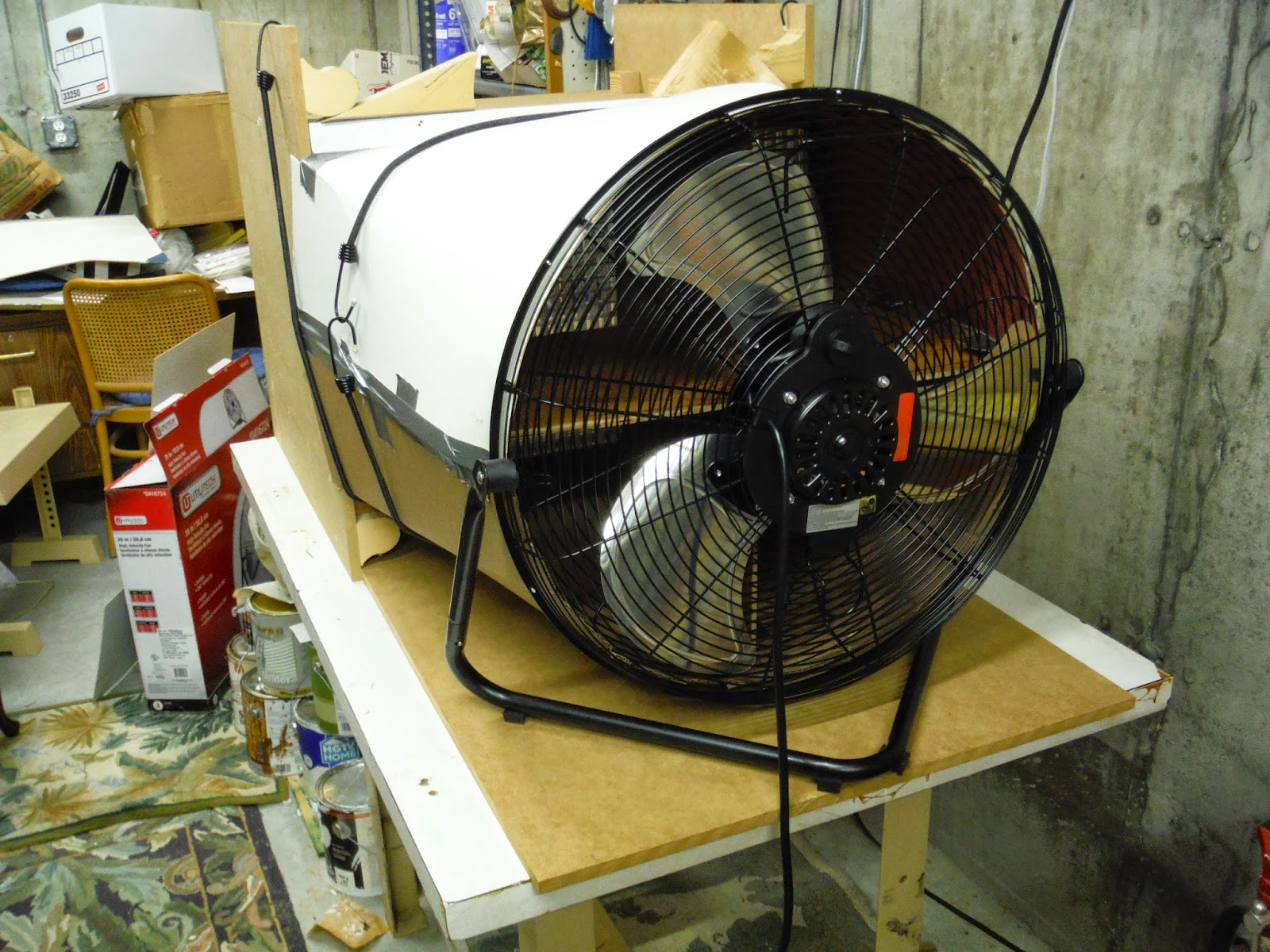 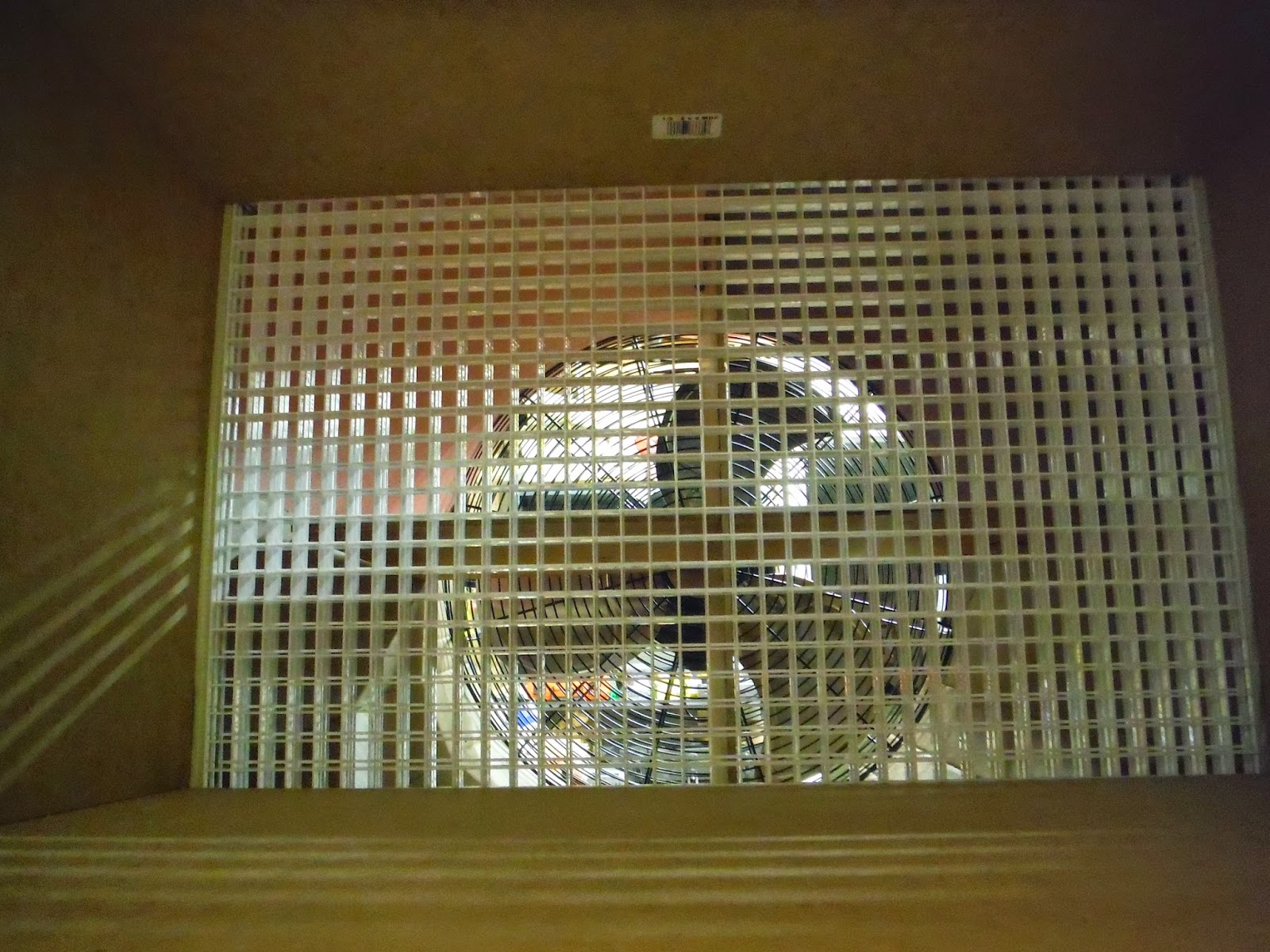 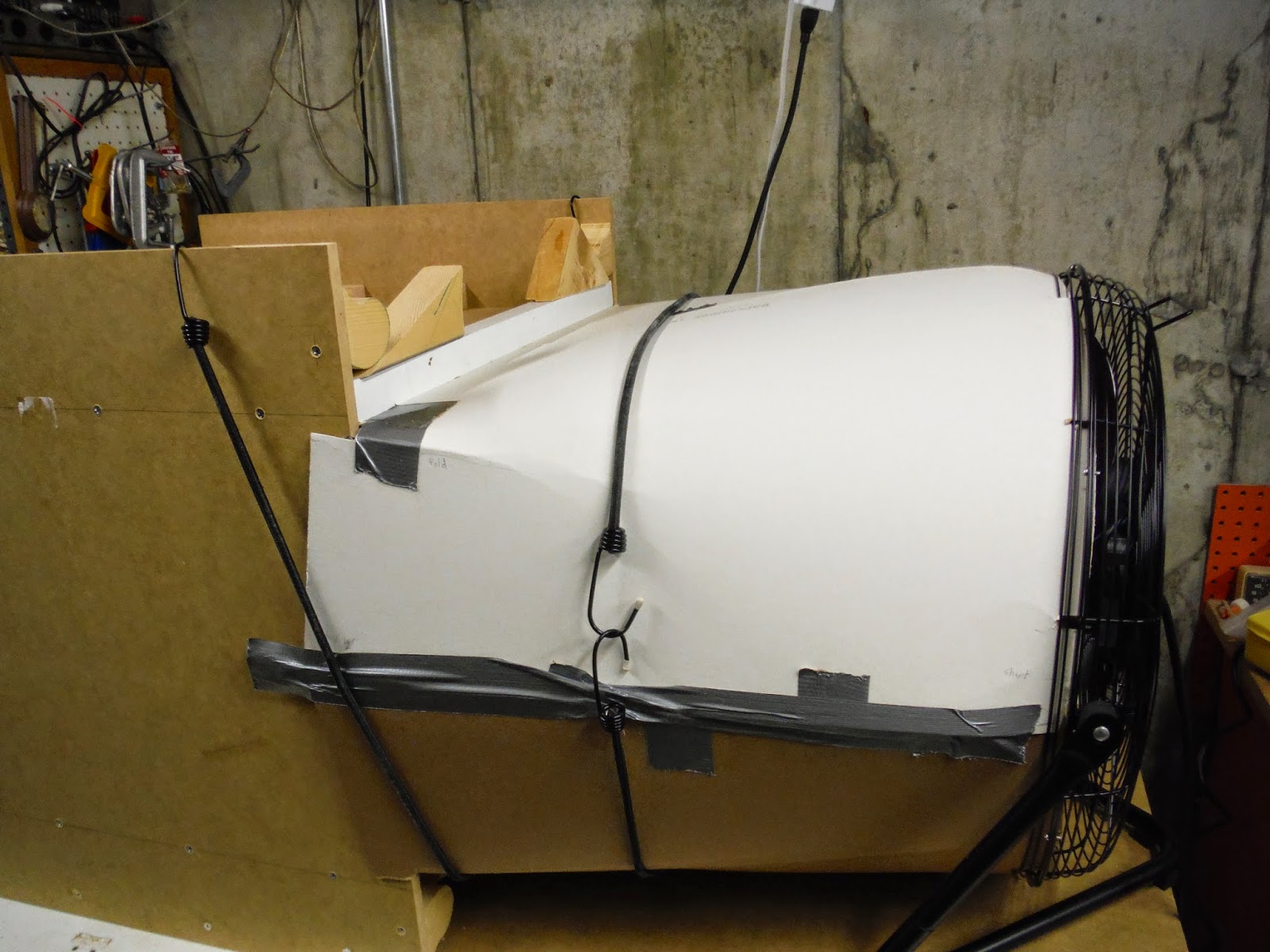 I performed two other tests.  When I removed the egg-crate, the flow was slightly stronger but the rotation was much higher in the test chamber.  Putting window-screen between two layers of egg-crate cut the flow by nearly half, but did not make the flow uniform.
Posted by Aubrey Jaffer at 9:24 PM